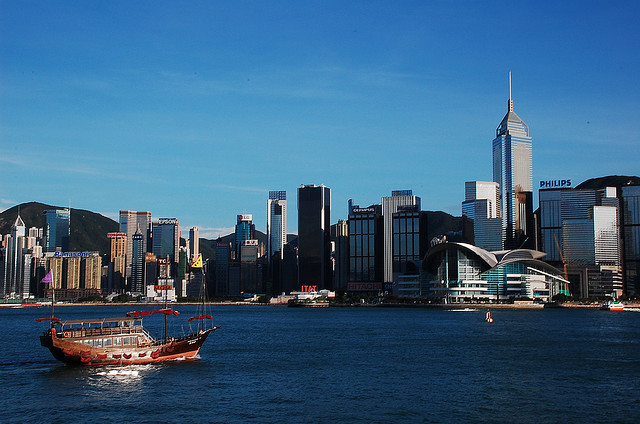 Victoria Harbour is one of the most popular travel destinations in Hong Kong. It is a natural landform harbor situated between Hong Kong Island and the Kowloon Peninsula. It is famous for the spectacular views but it’s also the site of annual fireworks displays. The promenades are popular gathering places for locals and tourists alike.

One of the first recreational activities to take place here were water competitions, such as swimming and polo in the 1950s, but these were stopped in 1973 due to pollution in the harbor. In 1989, a series of reclamations started. The land later was turned into parks and other land used for various things, but the practice caused controversy due to environmental concerns.

Major islands contained within the harbor:

Due to reclamations, some former islands are now connected to the adjacent land or larger islands. Such are the cases of: Stonecutters Island, Kellet Island and Pillar Island, to name just some of them.

Among the best places to see the view of Hong Kong Island, with its skyscrapers on the background of mountains, is from Peak Tower on Victoria Peak. Other good lookout points include: the pizza at the Culture Center and the promenade of Tsim Sha Tsui on the Kowloon side.

A very popular way to see the view is by taking a Star Ferry ride. Or a night cruise.

The fireworks display on the second night of the Lunar New Year attracts both locals and tourists. To add to its charm, A Symphony of Lights show was also added by the government.

The Avenue of Stars is built along the Tsim Sha Tsui Promenade and of course, is modeled after the Hollywood Walk of Fame. It honors the most illustrious people the Hong Kong film industry from past decades.

Getting across the harbor

Aside from the Star Ferry which provides ferry services from the 19th century, there are three cross-harbor tunnels for vehicles. The MTR also has 3 tunnels which go under the harbor.