This is the last entry in the series.

Up to now it’s pretty much been a tie between the two cities. I haven’t said anything about economics because I’ve been retired for a few years. However, Hong Kong does appear to have an edge for businesses, especially manufacturing because of it being so near China. I know of a number of companies that have moved to Singapore because it is cheaper to do business and to live in Singapore than in Hong Kong. I’ve never followed up, though, to see if it’s true.

One area in which Singapore has a clear advantage is air pollution. The South China Morning Post, just today, quoted a study done by three Hong Kong Universities and a local think-tank that pegged the direct cost of pollution in Hong Kong at HK$2 Billion (US$260 Million) and 1600 lives a year. They estimate HK$19 Billion in indirect costs. To quote the late U.S. Senator Everett Dirkson, “A billion here, a billion there, pretty soon you’re talking real money.” 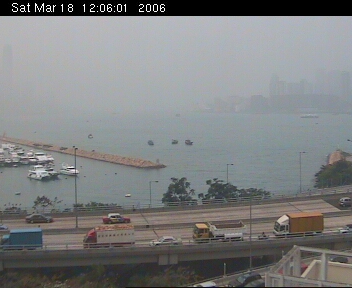 What is most sad is that no one is doing anything to improve the situation. See my recent posting on pollution.

I, myself, am in the throes of my summer cough. I have no fever. I am not sneezing or otherwise expecting a cold. My lungs are polluted. It started immediately after my return from Singapore where I coughed not at all. I will keep coughing until I leave for holiday next month. It’s a real bummer. This, alone, may be enough to give Singapore the nod as a more desirable place.