With both Chinese and English heritage, Hong Kong has always been a tourist-friendly city. The exotic charm attracts tourists from all over the world.

There is a lot to do and see in Hong Kong, so try to create a must-see list well in advance and plan your days around that. If you are planning your trip in stages, here’s a list of what you can do in Hong Kong.

If you want to see lovely views of Kowloon and Victoria Harbour, then head to Victoria Peak. Peak Tower serves as observation platform and shopping mall. You can take Peak Tram from Central all the way up to the bottom of Peak Tower. Or for a cheaper and more picturesque way, catch the bus nr. 15 from the Star Ferry pier. There are some nice walks around Peak Tower, which offer almost the same views as the observation deck (so really, there’s no point in spending extra money).

In Kowloon you can find the Kowloon Walled City Park, which is on the spot where the Walled City existed, but only some of the old buildings have been preserved. 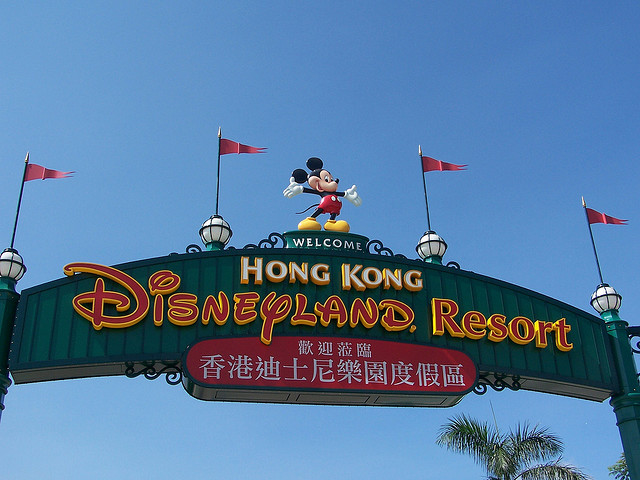 Hong Kong Disneyland Resort opened in September 2005 and is one of the most popular travel destinations in Hong Kong. It is located on Lantau Island and features the Disneyland park, resorts and a lake recreation center. Plan to visit it outside the peak travel time and you won’t need to deal with large queues.

Aside from Disneyland Resort, Hong Kong is also home to Ocean Park, located on the southern side of Hong Kong Island, and Ngong Ping 360, located on Lantau Island. Ocean Park offers aquariums and roller coasters , while Ngong Ping 360 is a Buddhist themed park. In Ocean Park, don’t miss taking the cable car, the iconic link between the two parts of the park. The view of the South China Sea from the car is absolutely magnificent. Be prepared to see the pandas as well.

In Hong Kong you can find a variety of museums to visit. But the best is , without a doubt, the Hong Kong Museum of History in Kowloon, which highlights Hong Kong’s fascinating past. Hong Kong Science Museum in Kowloon is primarily aimed at children and the Hong Kong Heritage Museum in the New Territories will appeal to those are interested in the Chinese culture.

Horse Racing and the Jockey Club

The season runs from September to June , during which races take place twice weekly. There are two racing locations in Hong Kong: Shatin in the New Territories and Happy Valley near Causeway Bay MTR station. You can try your luck at betting but make sure to get someone to explain the system.

The Hong Kong Jockey Club is one of the oldest institutions in Hong Kong to promote horse racing. A non profit organization, the Jockey Club provides horse racing, sporting and betting entertainment. The Club has a legal monopoly over betting on horse racing and football.

Extremely popular during UK sovereignty, after the transfer of sovereignty to China in 1997, the popularity of horse racing has declined, mostly due to the economic conditions in the region.

Twice as big as Hong Kong Island, Lantau Island is the place to visit if you plan to escape the hustle and bustle of the city. Secluded beaches, traditional fishing villages and open country side are waiting to be explored.

Hong Kong offers a variety of colorful and interesting festivals year-round: the Chinese (Lunar) New Year, the Spring Lantern Festival, the Tuen Ng Festival , the Hungry Ghost Festival and the Autumn Remembrance, to name just few of them.